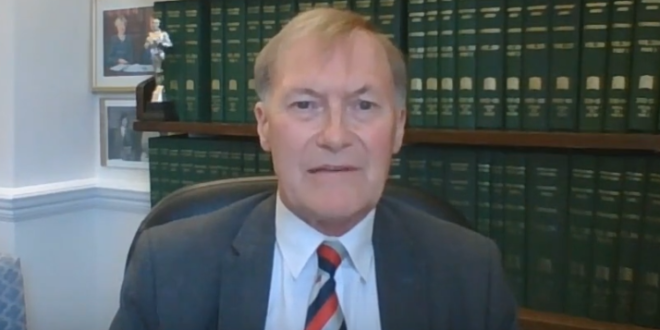 A Conservative MP has died after been stabbed in an attack at his constituency surgery. Sir David Amess, the MP for Southend West in Essex, suffered multiple injuries on Friday at Belfairs Methodist Church in Leigh-on-Sea.

Essex Police said a man had died, and a suspect has been arrested on suspicion of murder. Counter-terror police are involved in the early investigation into the stabbing and are working to establish the potential motivation.

There has not yet been any confirmation of whether the incident is being considered terror-related. Police were called to the scene shortly after noon on Friday and said the surrounding roads have been closed off.

In British political parlance, a “constituency surgery” is the equivalent of a US town hall meeting.

Horrified and deeply saddened by the murder of Sir David Amess. MPs may come from different parties but we’re all in Parliament to serve our constituents and our country together. This hurts all of us, as well as our democracy. RIP, Sir David.

David Amess, a British lawmaker, was stabbed on Friday afternoon while he was meeting with constituents in southeast England, according to reports from news outlets in the country.https://t.co/rw1QfVNRTD

The Jo Cox Foundation is horrified to hear the news of the attack on Sir David Amess MP. We are thinking of him, his family and loved ones at this distressing time.

Truly tragic news. Sir David Amess, one of Parliament’s longest serving MPs has been killed at his constituency surgery, after being stabbed. He’s the third serving MP to be killed since 1990 but the second in just over five years. pic.twitter.com/sGKEQ4YTDe