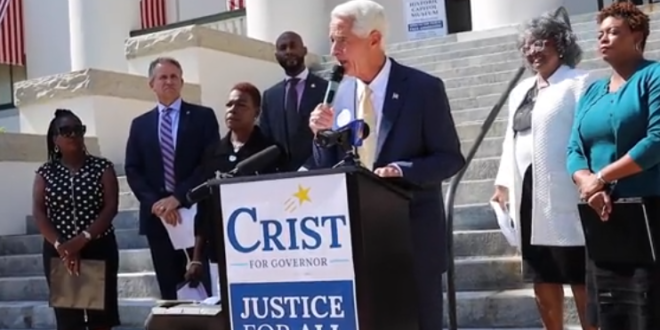 As part of his platform focused on equality for Floridians of color, Charlie Crist announced Thursday that he would legalize marijuana and expunge criminal records for those arrested on misdemeanors or third-degree felonies related to the drug if he were elected governor next year.

At the Florida Capitol, Crist said revenue from state marijuana sales would pay for police agencies, drug treatment and diversion programs and teachers.

“Let me be clear, if I’m elected governor I will legalize marijuana in the Sunshine State,” Crist said in a video posted on his Twitter on Thursday. “This is the first part of the Crist contract with Florida.”

When I’m governor, I will legalize marijuana in the Sunshine State. pic.twitter.com/qxCtvEmLZS