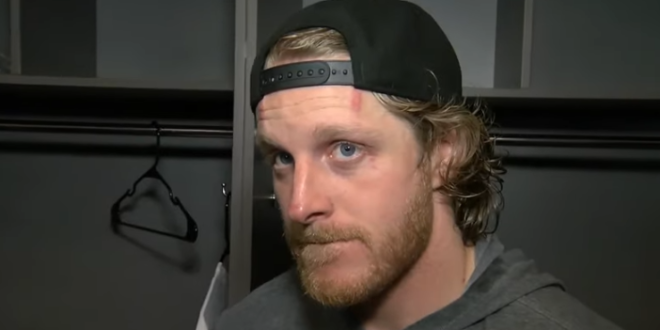 Twitter Rips Anti-Vax NFL Star For Dropping Pass: Well, He Did Tell Us That He Can’t Catch Anything [VIDEO]

As soon as Beasley dropped a pass in the first quarter, Twitter was ready with jeers and heckles to mock the receiver who couldn’t catch a football while also believing he can’t catch the virus.

93 percent of the NFL has reportedly been vaccinated against Covid, with Beasley among the loudest of the seven percent who remain unvaccinated. The league strongly incentivized players getting the jab, but Beasley has notably opposed it through multiple statements and even an anti-vax rap song.

Read the full article. Beasley first appeared on JMG when he declared, “Hi, I’m Cole Beasley and I’m not vaccinated. I will be outside doing what I do. I’ll be out in public. If you’re scared of me then steer clear, or get vaccinated. I may die of COVID, but I’d rather die actually living.” Hear, if you must, his terrible anti-vax song below.

Anti-Vaxxer Cole Beasley Destroyed by NFL Fans for Dropped Pass: ‘Wasn’t Lying’ When He Said He Can’t ‘Catch Anything’ https://t.co/T1RZPuXoo4

This summer: I don’t need a vaccination. I’m not going to catch anything.