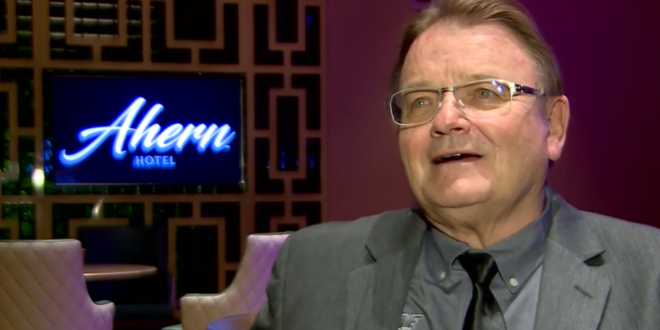 At the end of August, the “For God & Country Patriot Double Down” was left without a home, when Caesars in Las Vegas pulled the plug. Just days later, the organizers posted a video of themselves celebrating securing a new venue, but decided not to reveal the name in a bid to stop the public and the media pressuring the hotel to cancel the event.

But now VICE News can reveal that the new venue is the Ahern Hotel and Convention Center, a premises close to the Las Vegas Strip owned by Don Ahern, a multi-millionaire businessman who is the finance chairman of the Nevada Republican Party and one of the biggest supporters of former President Donald Trump.

That a prominent Republican financier and supporter of Trump is now hosting the country’s largest QAnon event is just the latest example of how QAnon conspiracies have taken hold in mainstream GOP politics.

When Caesars pulled the plug on “Patriot Double Down” the big QAnon conference in Vegas last month, the organisers secured a new venue pretty quickly, but didn’t announce where it was fearing another cancelation.

But I found out where it’s being held…https://t.co/2MZrHnxmun

Previous Hershel Walker +70 In Georgia GOP US Senate Poll
Next Twitter Rips Anti-Vax NFL Star For Dropping Pass: Well, He Did Tell Us That He Can’t Catch Anything [VIDEO]