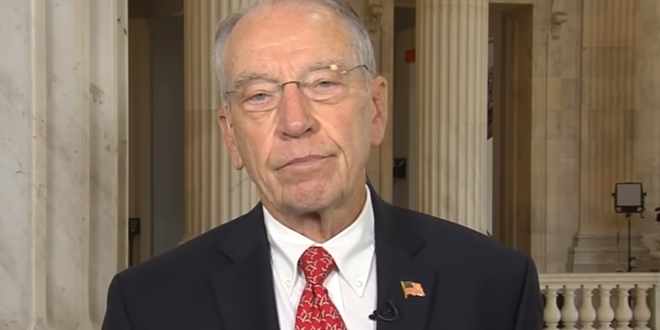 U.S. Sen. Chuck Grassley announced in the wee hours of Friday that he intends to seek an eighth term in 2022. The 88-year-old Iowa Republican, who has been in the Senate since 1981, posted his plans on Twitter shortly after 4 a.m. CT, along with a video of him going out for his daily jog.

Grassley had been silent for months about whether he would attempt to extend his time in the Senate, the Des Moines Register reported. He told the newspaper that his future plans were one of the topics on his mind during his recent morning exercises.

It’s 4 a.m. in Iowa so I’m running. I do that 6 days a week. Before I start the day I want you to know what Barbara and I have decided.

I’m running for re-election—a lot more to do, for Iowa. We ask and will work for your support. Will you join us? #GrassleyRuns #GrassleyWorks pic.twitter.com/cwv8yu9wkx