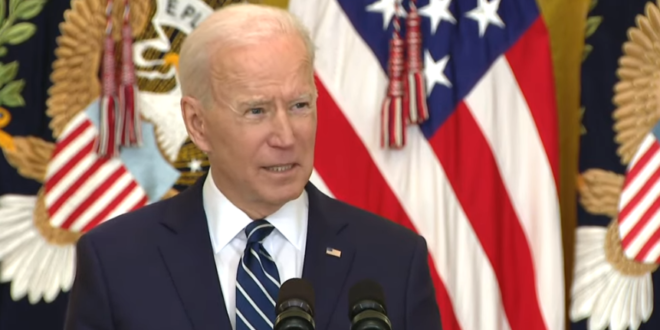 Facing intense criticism for his handling of Afghanistan, President Joe Biden will address the nation from the White House on Monday, the administration announced.

Biden has not yet spoken publicly about the Taliban’s swift takeover of the country. Taliban fighters completed their stunning sweep by seizing control of Afghanistan’s capital Sunday as American troops scrambled to evacuate thousands of U.S. diplomats and Afghans from the U.S. Embassy.

Biden, who left Washington on Thursday, had been scheduled to be in Camp David in Maryland through Wednesday. He has been out of sight save for an image of him participating in a videoconference that was released Sunday by the White House.

Read the full article. Scheduled start time of the address is presently 3:45PM Eastern. I’ll bump this post back to the top shortly before then.

Previous Fox Host: Americans Were More Free Under The British
Next Wisconsin GOP Bill Would Grant Jobless Benefits To Those Who Quit Or Get Fired After Refusing Vaccine