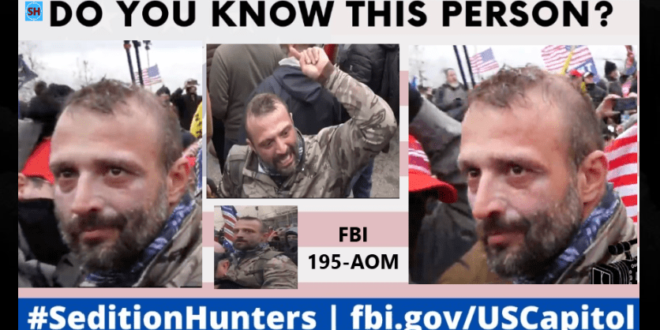 An Oklahoma man has been arrested for allegedly attacking the media during the Jan. 6 pro-Trump riot at the U.S. Capitol Complex. Benjamen Scott Burlew, 41, stands accused of assault in a special territorial jurisdiction and physical violence on restricted grounds.

According to charging documents filed in the U.S. District Court for the District of Columbia, “two videos from separate sources taken during the riots” show the defendant attacking an Associated Press photographer.

“This assault included physically grabbing and shoving the [member of the news media] victim and pushing him forcefully over a low wall,” the court papers allege. “These crimes occurred in the general area of the Lower West Terrace of the U.S. Capitol Building.”

Oklahoma Man Arrested for Assault on Media During January Six Capitol Breach: Benjamen Scott Burlew of Miami, Oklahoma, has been arrested for crimes related to the breach of the U.S. Capitol on January 6. https://t.co/4RzIzaqwsZ

Benjamen Scott Burlew, 41, of Miami, Oklahoma, is charged with federal offenses that include assault in special territorial jurisdiction and acts of physical violence on restricted grounds.#CamoCrazyEyes https://t.co/XMbVN8q1sj

@SeditionHunters see the problem you have they have identified me and you still have my face on your page. Thanks