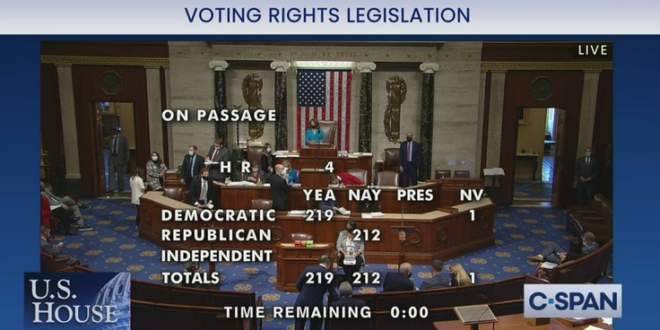 House lawmakers approved new legislation aimed at protecting the right to vote on Tuesday, amid a wave of restrictive new elections laws from Republican-controlled state legislatures. The bill is named for the Georgia congressman and civil rights leader John Lewis, who died last year.

Democrats say the bill, known as H.R. 4 would strengthen the Voting Rights Act of 1965, which had been weakened by a pair of Supreme Court rulings over the course of the last decade. Its supporters say that would make it more difficult for states to restrict future voting access.

While the bill passed the House along party lines, with 219 Democrats in favor and all 212 Republicans opposed, it now faces steep GOP opposition in the evenly-divided Senate.