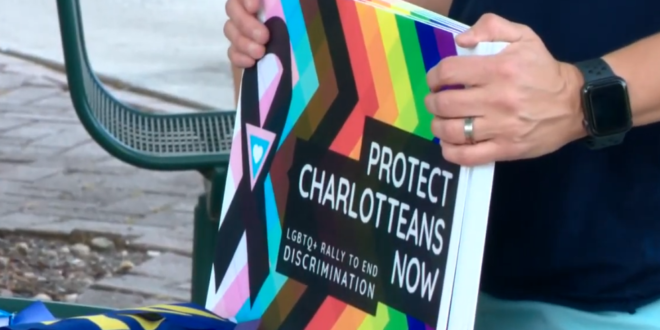 Five years after the state blocked Charlotte’s expansion to its nondiscrimination ordinance with House Bill 2, the City Council on Monday unanimously approved expansive protections for LGBTQ+ people and some of the city’s most vulnerable residents.

While Charlotte has had the authority to enact new protections for gender identity, gender expression, sexual orientation and natural hairstyles since December, the City Council waited until Aug. 2, to review a proposed nondiscrimination ordinance, commonly referred to as an NDO, for the first time.

It does not cover protections for political affiliation, despite a separate proposal and failed substitute motion Monday from Council member Tariq Bokhari.

Read the full article. Councilman Bokhari, you may recall, appeared on JMG in June when he earned national headlines for his proposal to make it illegal for people to give food or money “directly” to the homeless.