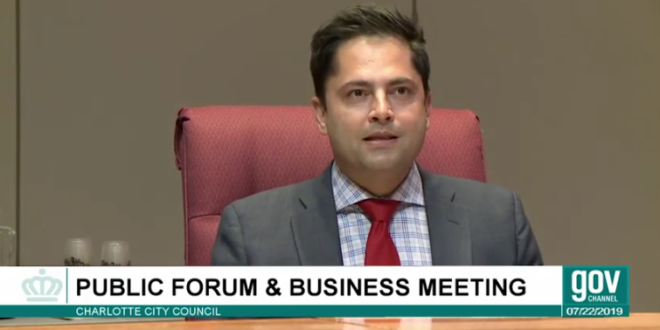 A Charlotte City Council member says he has no regrets after his comments about the city’s homeless population caused outrage. During the city council meeting, Councilman Tariq Bokhari suggested that when people give money or food to homeless individuals instead of charities and organizations, that they are causing more harm than good.

“People aren’t getting it and they’re still bringing food and clothing and resources directly to folks that are out there right now. They’re only making themselves feel good,” said Bokhari. “Perhaps we explore making that a misdemeanor,” Bokhari said, referring to giving money or food directly to homeless.

Charlotte City Councilmember raises eyebrows after suggesting to arrest people who give money to the homeless https://t.co/59sDxKgiku