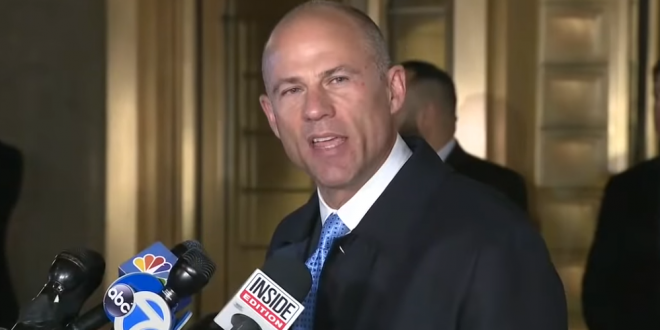 Bulldog lawyer Michael Avenatti has lost his bark. The once-famous attorney choked up Thursday, saying he was ashamed of himself before being sentenced to two years and six months for trying to shake down Nike of more than $20 million.

“I lost my way. I betrayed my own values, my friends, my family and myself. I betrayed my profession. I became driven by the things that don’t matter in life,” Avenatti said in Manhattan Federal Court.

“All the fame, notoriety and money in the world is meaningless. TV and Twitter, Your Honor, mean nothing. Everyone wants to ride in a limo with you but very few are willing to sit next to you on the bus. Even fewer are willing to take your calls from prison.”

The judge excoriated the celebrity lawyer for his conduct, but gave him a tremendous break on what could have been a nine- to 11-year prison sentence, citing the Justice Department’s decision not to charge another high-profile lawyer who the judge said was a key player in the scheme.

Avenatti was convicted in February 2020 of transmission of interstate communications with intent to extort, attempted extortion and honest services wire fraud in connection with efforts to shake down Nike for as much as $25 million during what he said was a negotiation for his client, a youth basketball coach.