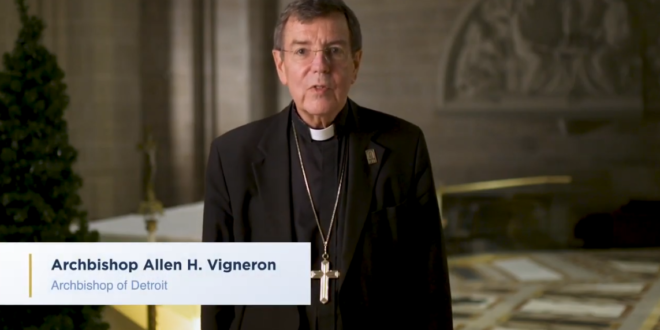 Campaign finance reports filed on Monday show the Lansing-based Michigan Catholic Conference, which bills itself as “the official voice of the Catholic Church in Michigan on matters of public policy,” has made $238,874.80 in direct and in-kind contributions to Citizens for Equality, Fairness and Justice, an organization formed in April that has actively opposed the LGBTQ initiative.

The MCC made up nearly all of the committee’s $204,175 in direct contributions this funding cycle. The Michigan Board of State Canvassers voted unanimously on Monday to reject Fair and Equal Michigan’s petition signatures, claiming the campaign didn’t have enough valid signatures to advance the proposal. Fair and Equal Michigan officials have vowed to appeal the Board of Canvassers’ vote to the state Court of Appeals.

Due to the Catholic Church’s teaching that males and females are made in the image and likeness of God and are biologically different from one another, the Fair and Equal proposal would likely label as ‘discriminatory’ or ‘hate speech’ religious teaching that differentiates between the two genders, exclude faith-based organizations from providing necessary medical and social services for Michigan’s neediest citizens, and create ongoing and burdensome legal challenges for any number of religious communities.

Detroit’s archbishop is the group’s chairman.

The Michigan Catholic Conference, “the official voice of the Catholic Church in Michigan on matters of public policy,” is bankrolling the opposition to a statewide initiative to expand LGBTQ rights @MiBiz https://t.co/vKIuSaYy7E