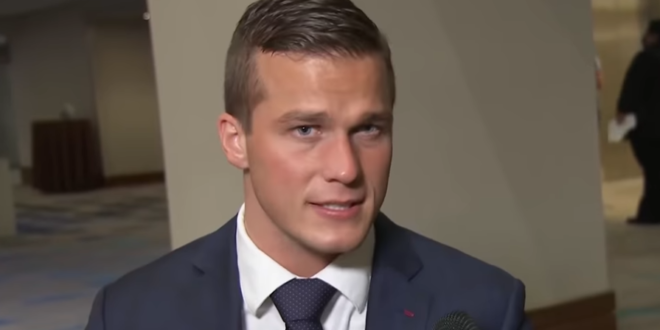 The top staffer for Rep. Madison Cawthorn of North Carolina makes the equivalent of a $127,111 annual salary despite having no background in government and little other work experience except for running Texas fireworks stands, according to recently released congressional spending reports and a Republican Capitol Hill source.

The quarterly disbursements statement shows the first-term Western North Carolina Republican Cawthorn’s Chief of Staff William “Blake” Harp made $31,777.77 in the first quarter of the year, the equivalent of $127,111 annually.

That is not unusual for a person running the office of a member of Congress. But Harp, who apparently knew Cawthorn since at least 2016 when Cawthorn was 20 years old and Harp was of a similar age, has no background in government, unlike other chiefs of staff, a Republican legislative staff member said.

.⁦@NormOrnstein⁩ said it appeared ⁦@CawthornforNC⁩ was rewarding a friend who had no relevant experience by “overpaying using taxpayer dollars,” a move he called unethical.
https://t.co/3m6EITnfmC