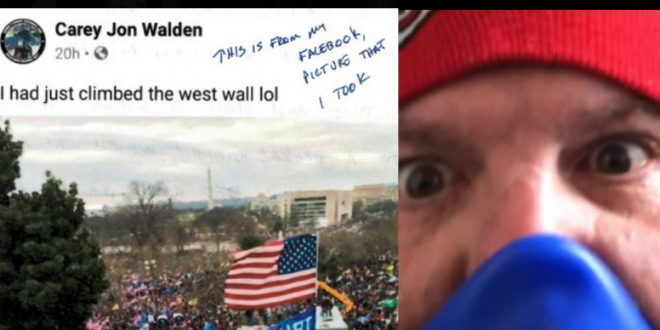 A Kansas City man has been criminally charged in connection with the Jan. 6 Capitol insurrection after he apparently on Facebook documented himself climbing the western wall and posting a photograph from the top.

Authorities say they received a public tip that Walden may have participated in the capitol riot a little more than a week after the events unfolded.

“I had just climbed the west wall lol.”

U.S. Marine veteran Carey Jon Walden was arrested in Kansas City in connection with the Capitol attack. Feds interviewed him back on Feb. 3 after receiving a tip.