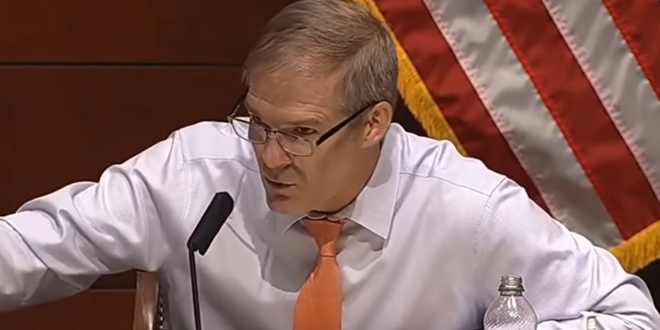 “That is a problem,” Jordan said. “When the chief of staff to the president of the United States asks someone in the executive branch to do something, and they basically give him the finger, I think that’s the problem we should be looking into.”

Included in the records are emails showing Meadows urging investigators to look at a YouTube video of a former intelligence officer who alleged that people in Italy were surreptitiously altering votes in United States elections via satellites.

“Can you believe this? I am not going to respond to message below,” Rosen wrote then-acting Deputy Attorney General Richard Donoghue. “Pure insanity,” Donoghue wrote in response to an email Meadows sent on New Year’s Day pertaining to the Italy theory, one of several emails Jordan cited.

NEW: Rep. Jim Jordan rips into DOJ officials for rebuffing chief of staff Meadows over election-fraud claims. Says Rosen & others they ‘basically give him the finger’ and urges House to investigate DOJ aides for defying the president. via @NickNiedz https://t.co/6XU5TASgfF