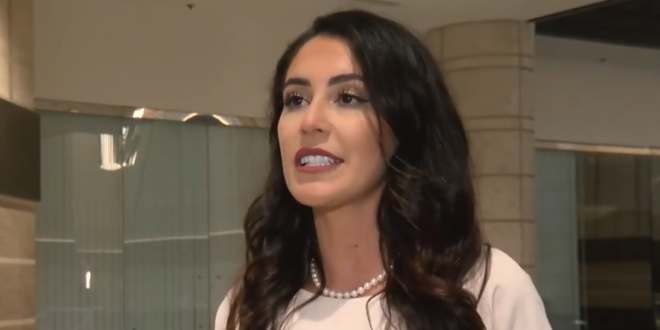 A little-known GOP candidate in one of Florida’s most competitive congressional seats was secretly recorded threatening to send “a Russian and Ukrainian hit squad” to a fellow Republican opponent to make her “disappear.”

During a 30-minute call with a conservative activist that was recorded before he became a candidate, William Braddock repeatedly warned the activist to not support GOP candidate Anna Paulina Luna [photo] in the Republican primary for a Tampa Bay-area congressional seat because he had access to assassins.

Read the full article. My first report on this is here. Luna is a regular on Newsmax and has appeared on Candace Owens’ show.

You do you, Florida. https://t.co/Z8URtezhOY