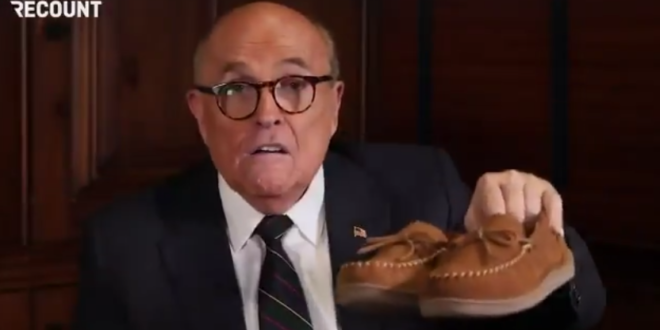 “I’m been sleeping on MyPillows for some time. I love them. They’re simply the very best pillows ever made,” Giuliani said in the most recent episode of his YouTube show, Rudy Giuliani’s Common Sense. The 53-minute episode asked whether UFOs are real, in reference to a forthcoming Pentagon report on UFOs.

Giuliani continued the ad by stating that he “just found out” that MyPillow also offers other non-pillow products. When mentioning their slippers, he brandished a pair at the camera. Giuliani’s YouTube channel mostly discusses political events through a right-wing lens. It has over 564,000 subscribers and releases two new videos a week.

Rudy Giuliani is doing My Pillow ads during his hour-long YouTube video on UFOs. pic.twitter.com/7eIEYFpPYx

Previous Lindell Files New Suit Against Voting Machine Firms
Next Pence: I May Never See Eye-To-Eye With Trump On Riot