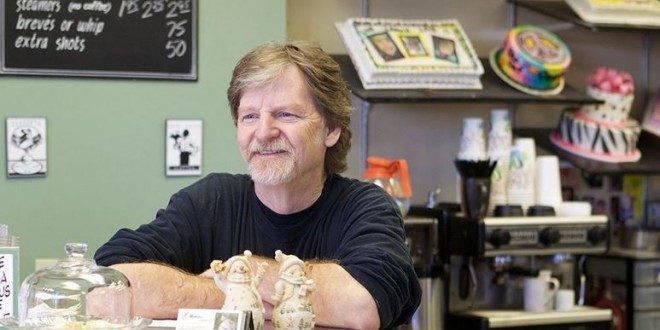 Denver District Judge A. Bruce Jones said Autumn Scardina was denied a cake that was blue on the outside and pink on the inside to celebrate her gender transition on her birthday because of her transgender status in violation of the law.

Scardina, an attorney, attempted to order the cake on the same day in 2017 that the U.S. Supreme Court announced it would hear Phillips’ appeal in the wedding cake case.

Scardina said she wanted to “challenge the veracity” of Phillips statements that he would serve LGBT customers, but her attempt to get a cake was not a “set up” intended to file a lawsuit, Jones said.

The baker reportedly accepted the initial order for the cake but then refused to make it after being told what it was for. The cake was to bear no message. The fine is $500.

BREAKING: A court has ruled Jack Phillips should be punished for not designing a cake celebrating a gender transition, an act that would violate his conscience.

Jack has been enduring this harassment for a decade and it must STOP.@AllianceDefends will appeal this decision.

Previous Airlines And Banks See Web Outage In Network Failure
Next Joe Rogan: Trump Is So “Fucking Dangerous” Because He Can Incite “A Bunch Of Morons” Into Stupid Things