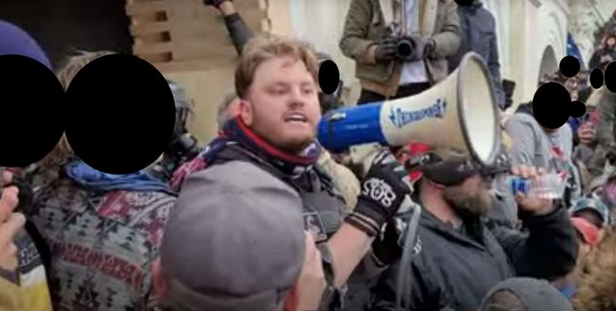 Alleged US Capitol rioter Anthony Antonio was hooked on Fox News and developed “Foxitis,” his lawyer said Thursday in a virtual hearing interrupted multiple times by another defendant’s profane outbursts.

Antonio, his lawyer Joseph Hurley said, had lost his job at the beginning of the pandemic and for the next six months watched Fox News constantly. Antonio developed what his lawyer called “Foxitis” and “Foxmania,” and believed the lies about the 2020 election from Fox News and then-President Donald Trump.

Antonio’s court appearance was disrupted, however, by an outburst from another defendant, Landon Copeland of Utah. After Antonio’s attorney blamed Fox News and “Foxitis,” Copeland, apparently enraged by these comments, shouted, “I object.”

In several videos, he [Antonio] was seen among the mob at the Lower West Terrace Entrance of the Capitol building, which “saw a tremendous amount of violent criminal activity” that day, according to an FBI affidavit.

In one video captured on a police body-worn camera, Antonio shouted at officers, “You want war? We got war. 1776 all over again.”

He wore a black tactical bulletproof vest adorned with a far-right “Three Percenter” patch, a camouflage shirt, and had a tattoo of the words “Carpe Diem” on his right wrist, the affidavit said.

Lawyer blames “Foxitis” for his US Capitol riot client’s actions, as another defendant derails hearings with profane outbursts https://t.co/ZnQDi8lGjO