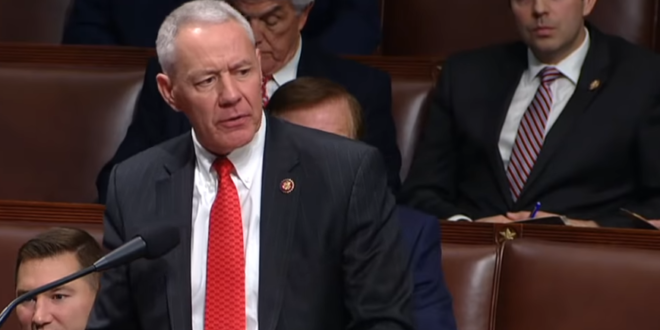 “Liz Cheney was cancelled today for speaking her mind and disagreeing with the narrative that President Trump was putting forward,” Buck told reporters on Wednesday morning, following Cheney’s ouster.

Cheney’s support from Buck, a member of the conservative House Freedom Caucus, is notable due to the fact that Buck is generally viewed as an ally to the former president.

Once Liz Cheney came to the House floor, the Republican lawmakers cleared out. Republican Rep. Ken Buck is the only member watching Liz Cheney speak, my colleague @AnnieGrayerCNN reports.

Previous Cheney: I’ll Do Everything I Can To Ensure The Former President Never Gets Anywhere Near The Oval Office
Next FL Covidiot Dares Cops To Handcuff Him, Cops Comply