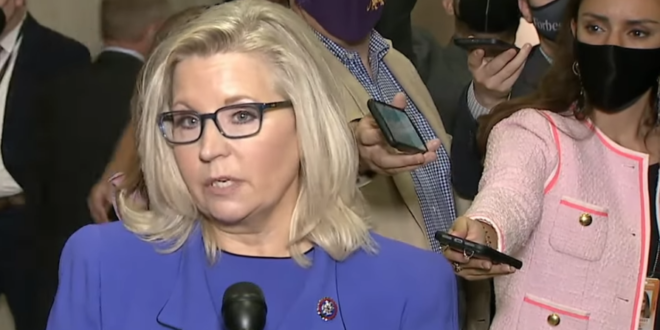 Cheney: I’ll Do Everything I Can To Ensure The Former President Never Gets Anywhere Near The Oval Office

“I will do everything I can to ensure that the former president never again gets anywhere near the Oval Office,” Cheney told reporters after her ouster, which was done by a voice vote. “The nation needs a party that is based upon fundamental principles of conservatism, and I am committed and dedicated to ensuring that that’s how this party goes forward, and I plan to lead the fight to do that,” she said.

Trump has cheered Cheney’s ousting and on Wednesday morning issued a statement saying House Republicans “have a great opportunity today to rid themselves of a poor leader, a major Democrat talking point, a warmonger, and a person with absolutely no personality or heart!” Hours later, he issued another statement after the vote, calling Cheney a “bitter, horrible human being.”

Previous Republican Reps Boo Cheney Then Vote To Oust Her
Next Freedom Caucus GOP Rep. Ken Buck: Cheney Was “Canceled For Speaking Her Mind And Disagreeing”