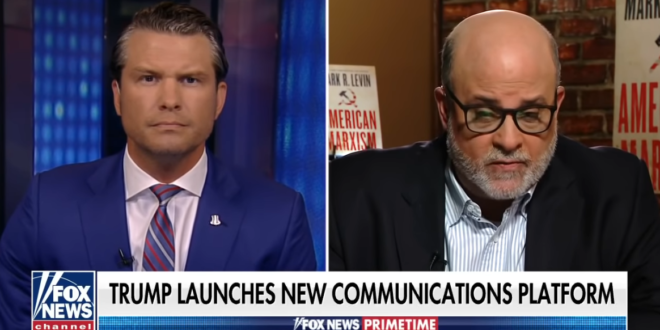 PETE HEGSETH (HOST): There was just an announcement tonight that President Donald Trump, former president, now has a social media platform that he’ll use more frequently to share videos and information. What should he be saying? What do patriots need to be saying to fight back against American Marxism? How do you defeat this?

MARK LEVIN (GUEST): First of all, I feel like we are the Solzhenitsyns here, and I feel like Donald Trump is a tremendous patriot who is trying to find ways to crack through this autocracy that is growing and growing at speeds that we never thought before.

First of all, kudos to the president, that is, President Trump for doing this. I think these — these big tech companies, they have used dark money and other things to influence our elections. They’re the biggest threat we have to free speech and freedom of association in this country. I think the big media in this country is in the bag for the Democrats.