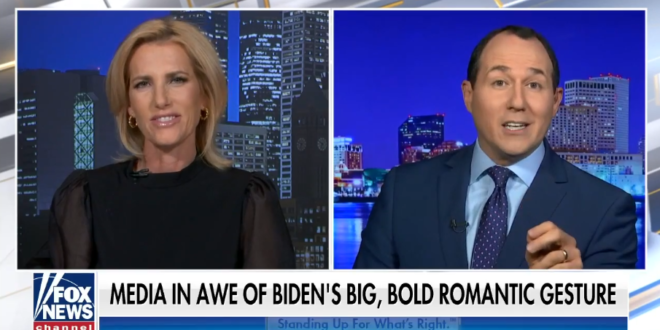 Laura Ingraham and Fox News contributor Raymond Arroyo spent several minutes mocking Biden, snarking that the president had given his wife a “weed” (a common theme among critics), comparing him to Frankenstein’s monster, and decrying the positive coverage that the gesture received.

“It was a sweet gesture, Laura, even if it was a weed, maybe the poor man didn’t know ,” Arroyo said, then joked “Look, at least you didn’t try to pick a lemon off of Jill’s dress, so this is a good thing.”

Ingraham left viewers with this image: “I mean Trump and Melania could be making out in the Rose Garden and they’d be like oh that’s nothing.”