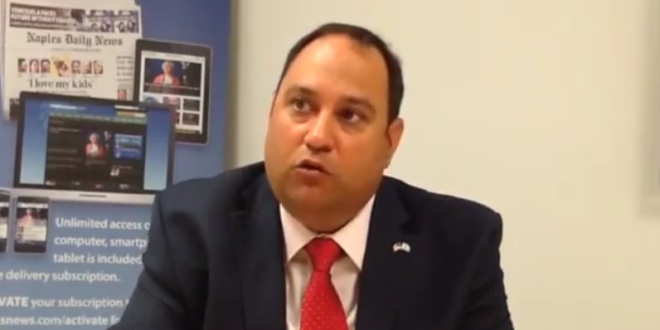 Florida lawmakers this week approved a bill that provides fines of up to $100,000 a day when a social media platform bans a political candidate. The bill goes back to the Florida House next week for reconciliation after the Florida Senate approved the item with a very curious amendment.

Seeing as this is Florida, which (obviously) is a place where Disney has some clout — and Disney has famously powerful lobbyists all over the damn place — it appears that Disney made sure the Florida legislature gave them a carveout. Florida Senator Ray Rodriques [photo] introduced an amendment to the bill, which got included in the final vote.

The term does not include any information service, system, Internet search engine, or access software provider operated by a company that owns and operates a theme park or entertainment complex as defined in 509.013, F.S.

In other words, Disney (which owns a ton of companies with large internet presences) will be entirely exempt. Ditto for Comcast (Universal studios) and a few others. For what it’s worth, the backers of this amendment claimed it was needed so that Disney could moderate reviews on its Disney Plus streaming service… but that makes no sense at all.

Read the full article. For a relatively low-profile state rep, Rodriquez has a massive and fawning Wikipedia entry.

I wrote about Disney getting itself a “theme park” carveout in the Florida social media content moderation bill. Supporters claim it’s to allow Disney to moderate reviews on Disney Plus, which makes no sense at all. https://t.co/xn4vJqhzXh