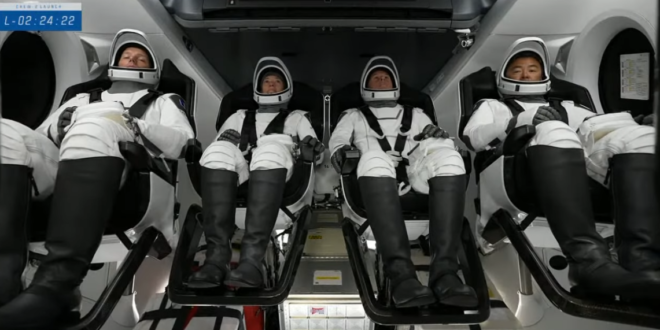 SpaceX launched another group of astronauts for NASA early on Friday morning, with Elon Musk’s company now having sent 10 astronauts to space in under a year.

The Crew-2 mission, the company’s second operational mission for NASA and its third to date, reached orbit successfully after launching from NASA’s Kennedy Space Center in Florida at 5:49 a.m. EDT. A SpaceX Falcon 9 rocket carried the four astronauts to space in the company’s Crew Dragon spacecraft named “Endeavour.”

The launch marked multiple new firsts for SpaceX, with the company reusing both a rocket and a capsule for the mission, as well as surpassing the total number of astronauts launched to space under the Mercury program that began in 1958.