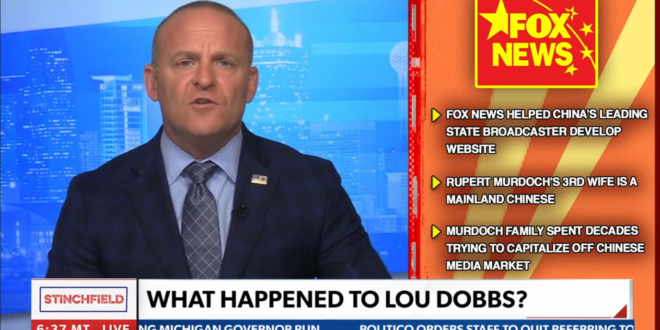 “Fox News continues to disappoint conservatives across America. I want to know, why did Fox News can Lou Dobbs?

“I have come to the conclusion Fox News no longer supports President Trump’s America first principles, which is why they couldn’t stand Lou Dobbs on their air.

“Maybe Fox News banishing Dobbs from their network is more sinister. Maybe it’s about China. The Murdochs’ investments and business ties to that rogue nation, maybe that’s what this is about.

“She was well-known for managing elite connections in China, between the Murdochs and Chinese government officials.” – Newsmax host Grant Stinchfield.