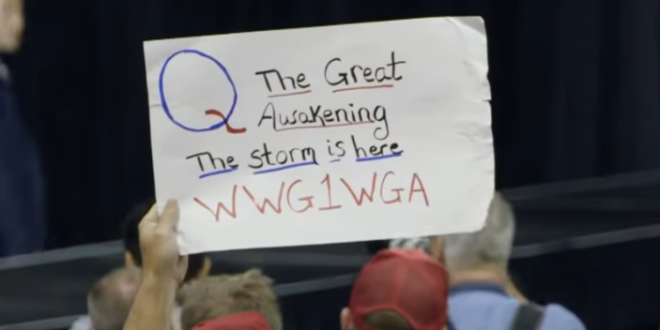 A national online network of thousands of right wing, self-described “Oath Enforcers” is threatening to unleash harassment tactics on elected officials and government workers around the country, the Guardian can reveal.

While the network’s founder insists that the group is neither violent nor a militia, internal chats indicate that some members are planning for confrontations with law enforcement and their perceived political enemies.

The chats also indicate that white supremacists and others connected with the militia movement are aiming to leverage the group’s success in recruiting disillusioned supporters of Donald Trump and the “QAnon” conspiracy movement.

Read the full article. According to the report, the group’s leader is a sovereign citizen type who lives “off-grid” in the Colorado mountains.

NEW: The Oath Enforcers are a national network dragging disillusioned Trumpers and QAnon supporters towards sovereign citizen thinking. But other extremists have noticed their quick growth… https://t.co/zYGpQ2xDn0