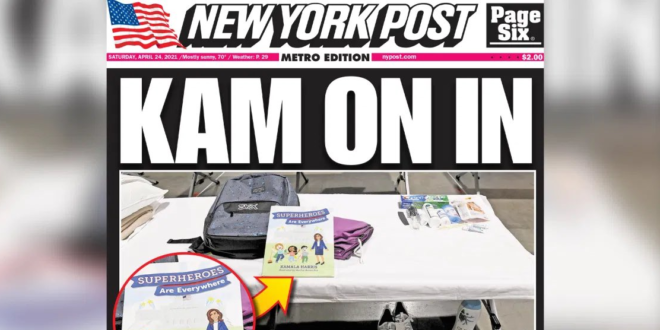 The New York Post published an inaccurate story last week that claimed Vice President Kamala Harris’ book Superheroes are Everywhere was being handed out to migrant children at the border. The link to that story now just leads directly to the Post’s homepage. CNN fact checker Daniel Dale took to Twitter on Monday to reveal that the post, which appeared on the publication’s front page, is now gone. Although the article has since been deleted, the story still managed to go viral — peddled by Fox News hosts and members of the GOP.

The link to the nonsense New York Post story about the Harris book is no longer working; it now just redirects to their home page. (Again, this was their cover story — that flatly asserted Harris’s book was being given out “illegally.”) https://t.co/6BfvJGlYiT

The New York Post link was shared by a whole bunch of prominent Republicans. (And that’s not even counting how other right-wing outlets copied the story.) Now — after a Washington Post fact check — the New York Post story is no longer there. I’m inquiring. pic.twitter.com/OkkRXzAOSL