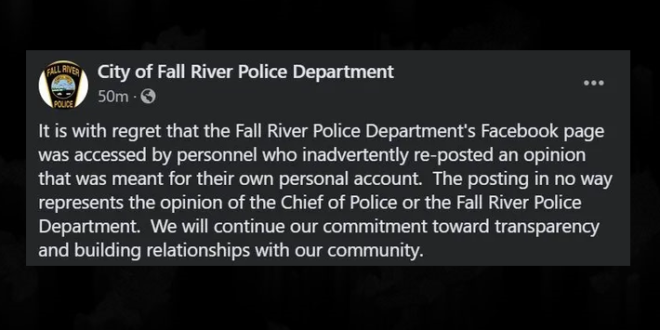 The Fall River Police Department posted and then deleted a post on Facebook appearing to criticize George Floyd, a Black man whose death at the hands of a police officer sparked massive protests last year and whose killer was convicted of murder yesterday.

The post was a screenshot of a tweet that read, “Chauvin immediately stood and calmly placed his hands behind his back. Imagine where we’d be if George had done the same.”

Police Chief Jeffrey Cardoza elaborated on the incident in a statement, saying, “Today’s posting in no way reflects the beliefs of this organization. I am personally disappointed these attitudes exist.”