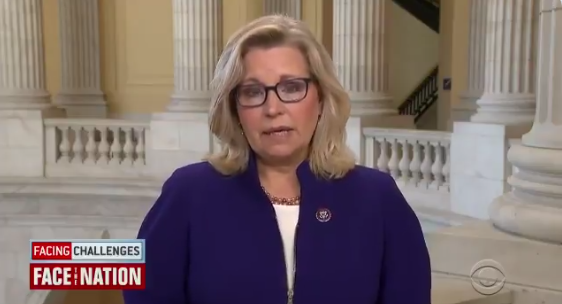 House Republican Conference Chair Liz Cheney (Wyo.) said on Sunday that the allegations against one of her harshest critics, Rep. Matt Gaetz (R-Fla.), are “sickening,” but refused to say whether or not he should resign. While appearing on CBS’s “Face the Nation,” host Margaret Brennan asked Cheney if she would call for Gaetz’s resignation.

“You know, as the mother of daughters the charges are certainly sickening. As [Speaker Nancy Pelosi (D-Calif.)] noted, there’s an ethics investigation underway. There are also criminal investigations underway and I’m not gonna comment further on that publicly right now,” Cheney said.

Republican @RepLizCheney on allegations against colleague Rep. Matt Gaetz that he violated sex trafficking laws: “As the mother of daughters, the charges are sickening.”

Pressed if Gaetz should step down from his seat, Cheney tells @margbrennan “no comment” pic.twitter.com/WOtAT0UU9a