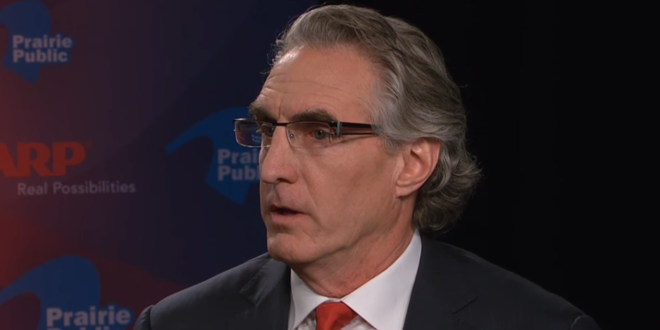 Gov. Doug Burgum on Wednesday vetoed a bill restricting transgender girls in K-12 sports. The bill had passed the House 69-25 and the Senate 27-20 after conference committee amendments.

House Bill 1298, brought by Rep. Ben Koppelman, R-West Fargo, sought to prohibit public elementary and secondary schools from “knowingly” allowing a student to participate on a school-sponsored athletic team exclusively for their opposite sex. The bill does allow girls to play on boys sports teams.

The Concerned Women for America of North Dakota had urged Burgum to sign the bill, saying it would “protect biological girls who train and work hard to excel in their chosen sport.”

BREAKING: Because of the relentless pressure from trans leaders, small businesses, tourism experts & communities across our state, @DougBurgum has vetoed HB 1298, the anti-trans bill.

This is what happens when we organize and fight together! #VetoHatredhttps://t.co/FKVuip2V4d