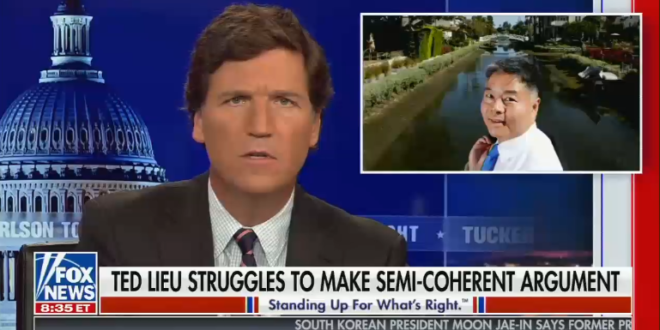 This is a tweet and it’s in response to one of his colleagues, the Congressman Scott Perry. Now, Perry was making an argument we have often made, because it’s true — and that is that Democrats are using mass immigration to transform the country, to change who votes, so they can control who wins.

Ted Lieu was very annoyed that Scott Perry said this. And so, he sent the following tweet, and he was clearly enraged as he did, quote, “Dear Scott Perry, Native-born Americans like you are no more American, and no less American, than an immigrant like me.” Good point, we agree with that.

And then, he said this: “And with every passing year, there will be more people who look like me in the United States. You can’t stop it. So take your racist replacement theory and shove it.” In other words, you’re being replaced, and there’s nothing you can do about it, so shut up.