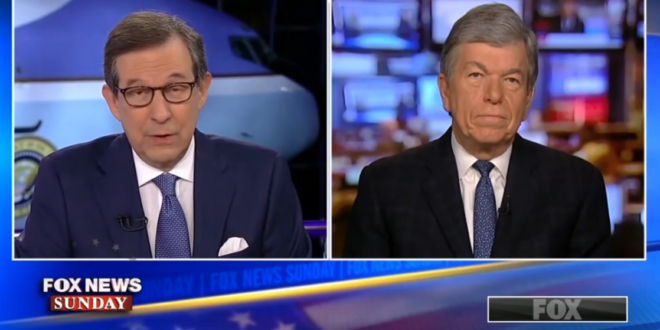 On “Fox News Sunday,” Chris Wallace displayed graphics indicating that the national debt grew by trillions during former President Trump’s term in the White House, while asking Blunt whether the GOP had any “credibility” on the issue after their votes for the Republican tax reform plan in 2017 that lowered the corporate tax rate. “Haven’t you lost your credibility on this issue?” Wallace asked. “I don’t think anybody has a very good record,” Blunt responded.

CHRIS WALLACE: Haven’t Republicans lost credibility on debt and deficits, given how they exploded during the Trump years?

SEN. ROY BLUNT: Well, I don’t think anybody has a very good record for the last decade on this. pic.twitter.com/17ZhAO7M2Z