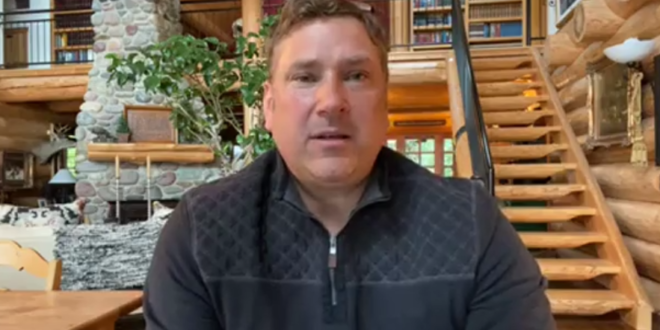 Televangelist: God Told Me Trump Won A “Landslide Victory” And That “Everything’s Gonna Change In April”

“I said he was gonna win big, and he didn’t win, and the Lord says, ‘Yes, he did.’ He actually won with a landslide victory, and a lot of people don’t get that. They tried to steal the election, and it’s not gonna work. God’s about to lay it bare. I think we’re gonna find out in April. I think everything’s gonna change. I see a shift coming. People are waiting to see when is the God of justice gonna step in.

“You’re already seeing some of the things on the news, and I don’t want to get into too much of that because there’s certain things I can’t really say. I know that certain things are timed, but I do know that there’s a lot more to come. I’m really excited because I know not only is Trump coming back, but it’s gonna be incredible how God finishes what he began.” – Televangelist Nathan French.

Previous Infamous Liar Promoted To Midday Host By Fox News
Next Franklin Graham: You Can’t Cancel Jesus Christ And One Day All You People Will Confess He Is Your Lord