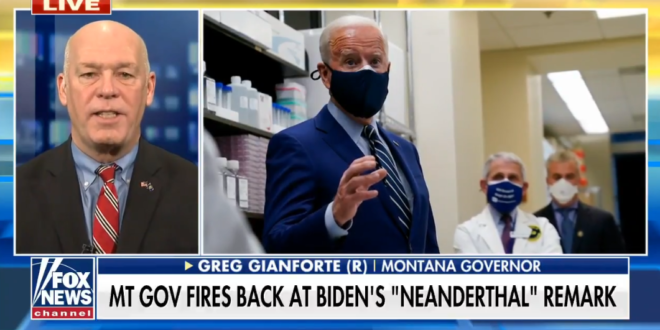 Gianforte explained that hospitalizations are down and Montana is “open for business” during an appearance on “Fox & Friends,” asserting that a “one-size fits all” approach to coronavirus mandates “doesn’t make sense” for the needs of every state.

“For a president that called for unity to degrade himself to name-calling, doesn’t make any sense at all,” Gianforte told Steve Doocy.

Read the full article. Feel free to list all the times Gianforte called out Trump for name-calling.

“For a president that called for unity … doesn’t make any sense at all.” pic.twitter.com/VlDlsBFrOI