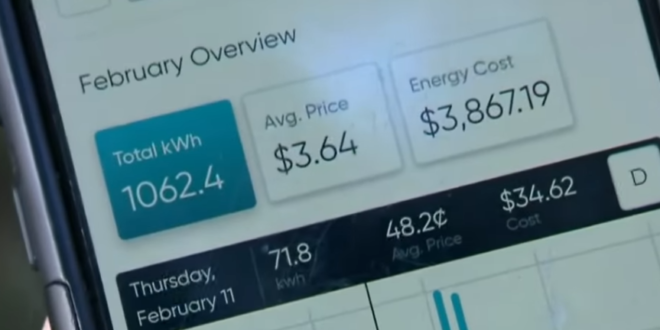 The lawsuit was filed by a Chambers County resident Lisa Khoury whose electricity bill from the week of the storm totaled $9,340, according to the suit. Khoury’s normal monthly bill averages between $200-$250.

Khoury said her average bill is usually between $200 and $250, but the electric bill from Feb. 13 through Feb. 19 came out to $9,340 because the company “began making withdrawals from her bank account daily.”

According to the release, Khoury was only without power for one day and, even when she had power, was cognizant of usage out of fear for a high electricity bill.

The lawsuit claims the company violated the Texas Deceptive Trade Practices Act and is seeking an injunction to prevent Griddy from “billing and collecting payment for excessive prices and demands the forgiving of any late or unpaid bills from customers.”

New from me: Embattled Texas electricity provider Griddy is facing a class action lawsuit seeking more than $1 billion in relief. (Yes, it’s the company that charged thousands for electric during the storm). For @startelegram + @Report4America: https://t.co/cb6Qift5mS