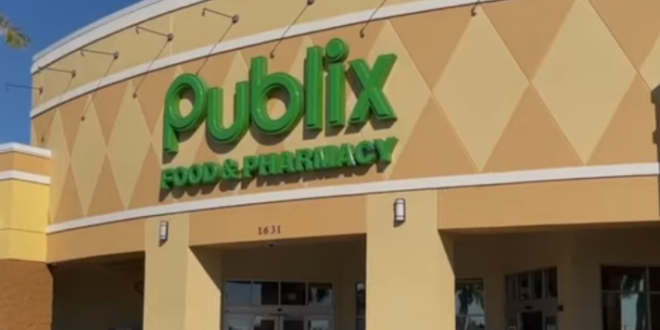 PAC Calls On Grocer Giant Publix To “Drain The Traitors”

A left-leaning political action committee is calling for a prominent grocery store chain to “drain the traitors” after an heiress connected to it donated to former President Donald Trump’s Jan. 6 rally in Washington, D.C. that led to unrest in the city and the death of a Capitol police office.

“Publix has distanced themselves from the heiress, saying the company says has no role with Publix,” PCCC noted in the email. “But, Publix has remained silent and ignored inquiries about how they’ll respond to the 147 Republican traitors who later that same day voted to overturn our democracy.”

You know it’s bad when they won’t let you reply. https://t.co/dFPyP3A4PU

Has @Publix taken a stand and announced they will stop donating to the Republicans who tried to overturn our democratic election?
Help pressure @Publix to #DrainTheTraitors: https://t.co/nx84tCwkWn

Previous Greene: GOP Reps Who Betrayed Me Will Be Punished
Next Oscar Winner Christopher Plummer Dies At Age 91