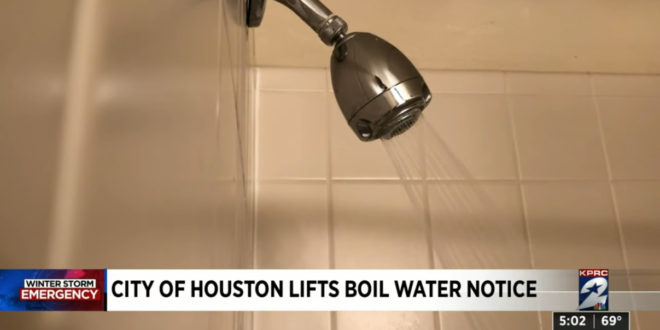 The city of Houston lifted its boil water notice Sunday, but tens of thousands across the region remain without water due to winter storm damage or pipeline restrictions. Mayor Sylvester Turner confirmed the notice had been rescinded during a drive-thru water distribution event at Butler Stadium, where more than 18,000 units of water were handed out. It had been in effect since Wednesday.

Although the announcement was met with applause, Turner reminded everyone that many in the area are still in dire need. The line for water at Butler Stadium is said to have stretched for nearly 2 miles. “The reality is because so many pipes have burst across our region, people still need water,” Turner said. “When the pipes have burst, homes have not been repaired, people have turned off their water, which means they still need water.”

AlertHouston: Effective immediately, Houston has lifted the boil water notice that has been in place since Wednesday, Feb 17, 2021. Customers no longer need to boil water used for drinking, cooking and making ice. https://t.co/Q3HL0meE90

Previous Former Florida Cop Is Latest Charged In Capitol Riot
Next Dominion Sues MyPillow And Mike Lindell For $1.3B