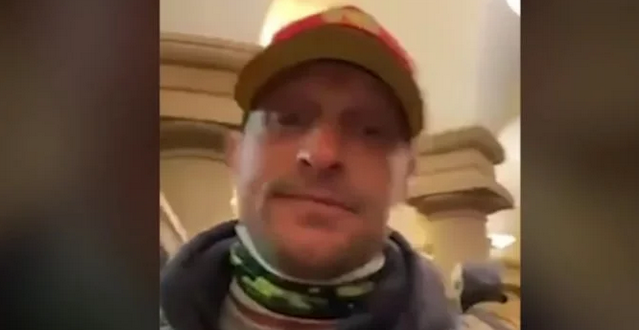 A former North Miami Beach police officer has been charged with trespassing and disorderly conduct with intent to impede or disrupt the orderly conduct of government business after live-streaming himself inside the U.S. Capitol during the Jan. 6 insurrection.

Nicholes Lentz, 41, told FBI agents that he traveled to the nation’s capital after seeing social media posts by former President Trump but said he did not intend to commit any violence, according to court documents unsealed on Sunday.

According to the affidavit, Lentz wore a jacket identifying himself as a veteran of the Afghanistan and Iraq wars, allowing authorities to identify him.

The Miami Herald wrote about him here, nearly six weeks ago: https://t.co/qxmPkVb7NX pic.twitter.com/r9eLEFSVzb