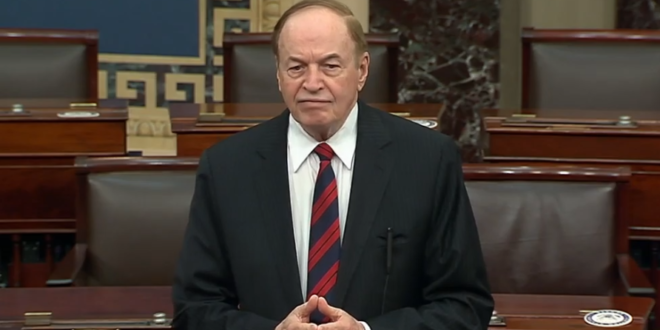 U.S. Sen. Richard C. Shelby of Alabama, the Senate’s fourth most senior member, has indicated to confidantes that he does not intend to run for reelection next year — prompting some Republicans to urge the powerful, establishment politician to reconsider, even as potential replacements prepare to run for his seat.

The senator in recent weeks told one close Alabama ally that he was not planning on running in 2022 for what would be his seventh term, according to the ally, who was not authorized to discuss the matter and spoke with The Associated Press on condition of anonymity.

Read the full article. Unlike many of his colleagues, Shelby rarely makes headlines. His sole appearance on JMG came in 2017 when he revealed that he’d written in an unnamed Republican instead of voting for Roy Moore because “Alabama deserves better.”

Alabama Sen. Richard Shelby, a longtime influential member in the space industry, has told confidantes that he does not intend to run for reelection next year, the AP’s @StatehouseKim reports.

He will announce his decision “in the next few weeks.”https://t.co/G2XkgY6rX7