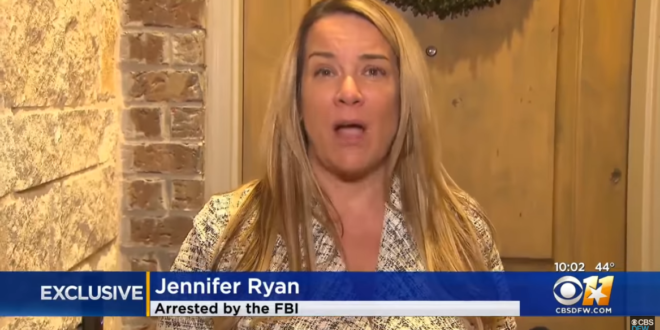 “Private Plane” TX Woman: “We All Deserve A Pardon”

North Texas realtor Jenna Ryan, who was seen in photos and video at the U.S. Capitol during the Jan. 6 riot, arrived home Friday, Jan. 15 after turning herself in to authorities earlier in the day.

“I think we all deserve a pardon. I’m facing a prison sentence. I think I do not deserve that and from what I understand, every person is going to be arrested that was there, so I think everyone deserves a pardon, so I would ask the President of the United States to give me a pardon.”

Jenna Ryan, who is now asking Trump to pardon her, for her participation in rioting at The Capitol, had this to say last May: pic.twitter.com/fIWiuujh6t

Selling The Illusion Of Insurrection – Many Americans are buying the false narrativehttps://t.co/tLN4c3pTR3

No time for trolls. Too busy lying around, eating Grubhub and waiting for the insurrection act to kick in.

Lin Wood was correct about Pence. I sure hope he’s right about Trump stopping this steal. Praying for our President.

BE PREPARED FOR AN IMMINENT BLACKOUT

We have a man of courage and faith at the helm.

He will be at the helm for 4 more years per the RULE OF LAW.

Pray for the President, our country and all.

You can never cancel Jenna Ryan.

Previous CHATTER AWAY: Overnight Open Thread
Next NY AG To NRA: You Can’t Escape Me With Bankruptcy