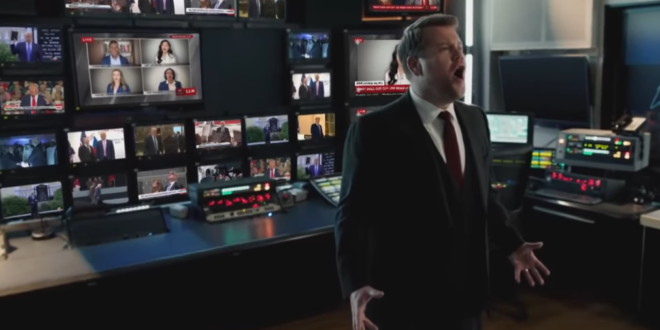 In the visual, Corden heads into work, happy to have his “last day of Trump jokes, just one more day. One day more.” But as he walks into the office, a TV broadcasts Trump talking about false claims of a stolen election, which causes Corden to break into dramatic song.

Trump supporters are also represented in the clip, played by LuPone and Lucas who sing about not wearing masks, starting viral fights and guns.

The clip ends with a donation link for Broadway Cares. You may recall that a video went viral in 2008 when a group of lip-syncing Obama supporters employed the same Les Miz classic.