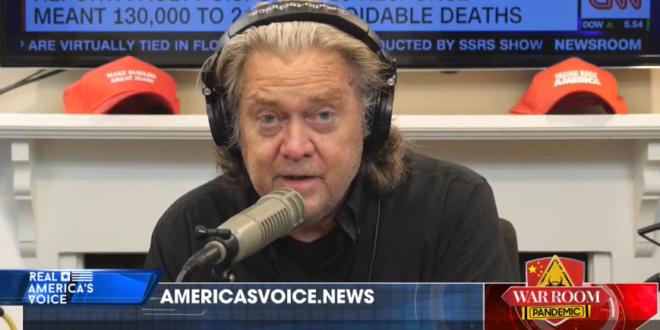 Trump Pardons 143 Including Bannon And Broidy

President Trump has granted clemency to Stephen K. Bannon, the former White House chief strategist who was charged with defrauding political donors who supported building a border wall that Mr. Trump advocated, and Elliott Broidy, one of his top fund-raisers in 2016, among other people.

Mr. Bannon was indicted and arrested in August by federal prosecutors in Manhattan on charges related to the money raised to promote the construction of the wall long sought by Mr. Trump.

Mr. Broidy, a fund-raiser for the president, pleaded guilty last year to conspiring to violate foreign lobbying laws as part of a covert campaign to influence the administration on behalf of Chinese and Malaysian interests.

The rapper Lil Wayne received a pardon after pleading guilty to a gun possession charge in Miami. Another rapper, Kodak Black, received a commutation after he pleaded guilty to a weapons charge.

Bob Zangrillo, the Miami developer and venture capitalist charged in the Varsity Blues college admission scandal, also received a pardon. None of the other parents caught up in the probe were pardoned.

A third, Robert “Robin” Hayes of North Carolina, was also pardoned after finishing a probation sentence for making a false statement during a federal investigation.

“Even Nixon didn’t pardon his cronies on the way out,” Noah Bookbinder, executive director of the government watchdog group Citizens for Responsibility and Ethics in Washington, said in a statement. “Amazingly, in his final 24 hours in office, Donald Trump found one more way to fail to live up to the ethical standard of Richard Nixon.”

The “Tiger King” star Joe Exotic failed to secure a pardon as part of a clemency list released in President Donald Trump’s final hours in office.

Just a day earlier, the 57-year-old’s legal team told the British publication Metro that it was so confident the former zookeeper would receive a pardon that it had a limo waiting near his prison in Texas to take him home.

Exotic, whose real name is Joseph Maldonado-Passage, is serving a 22-year prison sentence after being convicted of plotting to murder his “Tiger King” rival Carole Baskin, as well as several counts of animal abuse.

Then trump stole their $ for the coup.

Trump pardoning a guy indicted by the Trump Justice Department for defrauding Trump supporters over the fake Trump wall is a fitting ending to the Trump presidency.

“What did Bannon do again?”

“He defrauded your biggest supporters who wanted to help you build a wall.”

“Oh yeah, screw them. Get me my pardon sharpie.”

So it’s being reported that Trump will pardon his criminal associate, Steve Bannon, who is pending a felony trial in the Southern District of New York for stealing money from Trump’s supporters via a sham “We Build the Wall” charity.
Corrupt to the end.