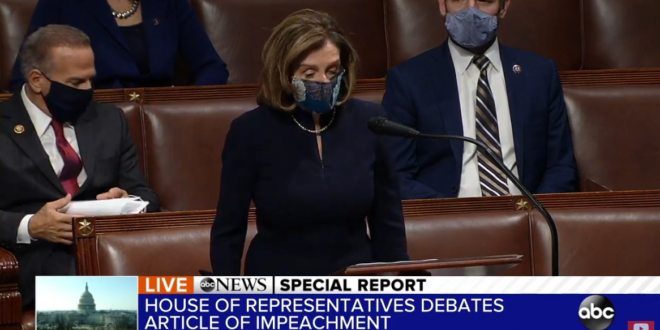 Returning to a heavily fortified Capitol, protected by thousands of National Guard troops, lawmakers began what was expected to be a daylong debate on an article of impeachment that accuses the president of “inciting an insurrection” that led to the rampage by his supporters.

The final vote after the debate is expected to pass, with a small but significant number of Republicans joining Democrats to impeach Mr. Trump, making him the first president to be impeached twice.

The chamber had dispensed with two earlier, procedural votes just after noon and planned two additional hours of debate culminating in an up-or-down vote on the charge.

Previous National Guard Presence In DC Upped To 20,000
Next Fox’s Geraldo Rivera: “Trump Should Be Impeached”