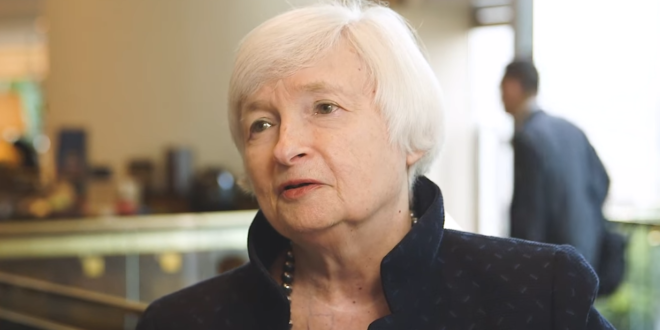 The final vote was 84-15, with Senate Minority Leader Mitch McConnell (R-Ky.) among those supporting Yellen.Yellen will replace Treasury Secretary Steven Mnuchin, the Wall Street financier who was one of Trump’s closest aides.

Breaking News: The Senate confirmed Janet Yellen as Treasury secretary, making her the first woman to lead the department. Her appointment comes at a perilous economic moment, as the new administration tries to revive an economy battered by the pandemic.https://t.co/cklM0cljc9

Previous Accused Rioter Now Sorry For Call To Assassinate AOC: “I Believed I Was Following The Instructions Of Trump”
Next LIVE VIDEO: Impeachment Article Presented To Senate