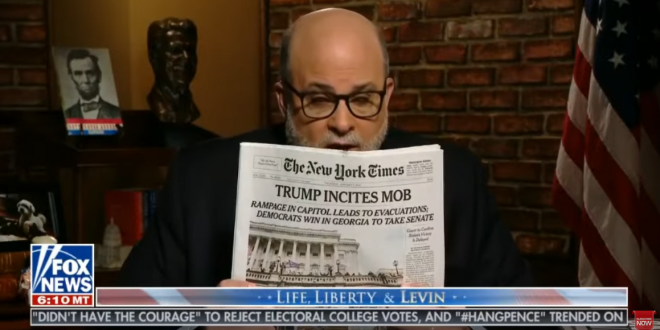 Fox Host: The Media Is “Exploiting” The Capital Riots

“The media have played a huge, huge role in what’s going on in his county, and they are exploiting now what took place on Capitol Hill. Trying to silence, silence conservatives, silence Republicans, and unfortunately, a lot of Republicans are buckling.

“We need to reject all this violence, but what about the media? The president did not incite an insurrection!” – Fox News Mark Levin, brandishing newspaper front pages last night.

Previous PGA Confirms: No 2022 Championship At Trump Club
Next Pelosi: My Staff Cowered Under A Table For Hours