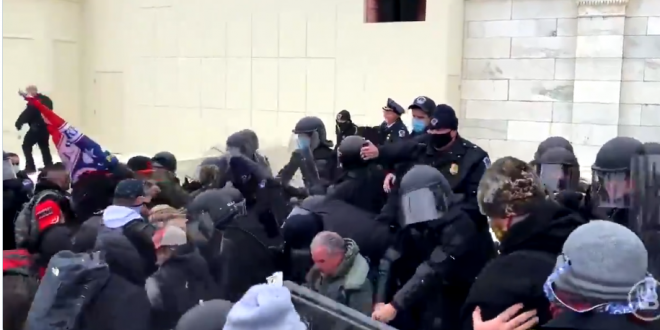 Patriots enlist and defend their country. They work hard, do their best, raise good families. They help their neighbors. They perform civic duties. They grit their teeth and pay their taxes. Then they show up and vote. They compete, they win or lose, but they do both with grace. These are some of the things patriots do.

Patriots do not storm their own Capitol over a lost election. They do not bum rush members of Congress. They do not assault strangers. They do not push and shove police officers and trash federal buildings. These are things criminals do, and criminals of any political stripe deserve one thing: the rule of law.

Every single one of the people who stormed that building and participated in that rank, un-American lawlessness should be in jail. There are prodigious photos and video evidence. Law enforcement officials should find them and prosecute them, all of them, no exceptions.

The Daily Caller was co-founded in 2010 by Fox News host Tucker Carlson, who reportedly sold his interest in the site last year. Multiple Daily Caller writers have been linked to white supremacist and neo-Nazi groups.

Previous Homocon Leader: It Wasn’t Antifa, It Was “Patriots”
Next Trump Refused Pleas To Call Into Fox During Rioting