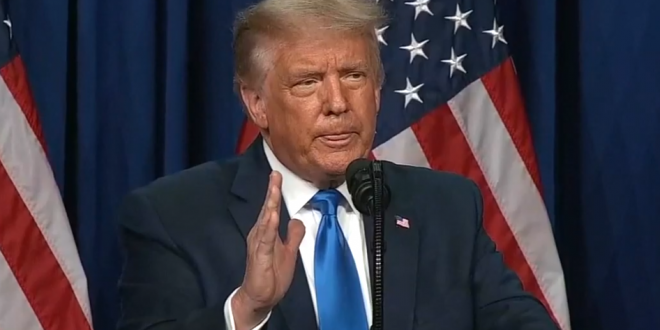 Trump Refused Pleas To Call Into Fox During Rioting

As rioters broke through police barricades and occupied the Capitol, paralyzing the business of Congress, aides said Trump resisted entreaties from some of his advisers to condemn the marauders and refused to be reasoned with. “He kept saying: ‘The vast majority of them are peaceful. What about the riots this summer? What about the other side? No one cared when they were rioting. My people are peaceful. My people aren’t thugs,’ ” an administration official said. “He didn’t want to condemn his people.”

White House aides tried to get Trump to call into Fox News Channel, but he refused. He at first did not want to say anything, but was persuaded to send some tweets. Then they scripted a video message for him to record, which he agreed to distribute on Twitter. But the president ad-libbed by including references to false voter fraud claims that they had asked him not to include, the administration official said. Twitter later locked his account, enraging the president.