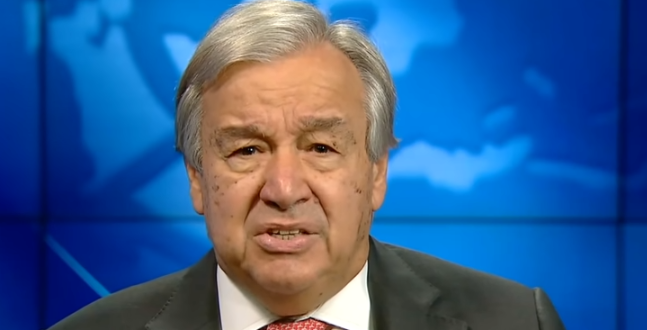 UN Leader: We Must Declare A “Climate Emergency”

More than 70 world leaders were due to address the one-day virtual gathering aimed at building momentum for much steeper cuts in planet-warming emissions on the fifth anniversary of the 2015 Paris climate accord.

Speaking at a virtual summit on the fifth anniversary of the Paris climate agreement, Guterres criticized wealthy countries for spending 50% more of their pandemic recovery cash on fossil fuel production. “Can anybody still deny that we are facing a dramatic emergency?” Guterres asked.

“This is unacceptable. The trillions of dollars needed for COVID recovery is money that we are borrowing from future generations,” he continued. “We cannot use these resources to lock in policies that burden future generations with a mountain of debt on a broken planet.”