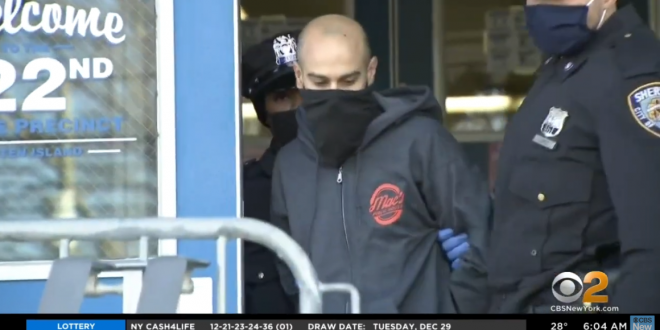 Cultist NYC Bar To Reopen In Defiance Of Restrictions

A Staten Island bar cited for numerous social distancing violations is set to reopen Wednesday. This comes as one of the owners, Danny Presti, is scheduled for a court case on Jan. 11.

Presti allegedly hit a sheriff officer with his car earlier this month, dragging him 100 yards and breaking both of his legs.

Indoor dining is still banned in New York City, but that’s not stopping these bar owners who plan on disobeying the rules. Like all eateries in the area, Mac’s Pub was forced to shut down since it’s in a zone seeing rising cases.

Presti has become a right wing folk hero and has appeared on Sean Hannity’s show since the incident. Early this month hundreds of cultists, including some Proud Boys, rallied outside his shuttered bar.